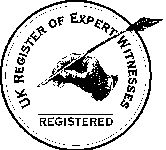 Appeal Judgements and Evidence of Indecent Images of Children

It is crucial that the evidence is examined by a computer expert witness instructed by the Defense to ensure the correct interpretation of that evidence.

Making and Possession of Indecent Images of Children

It is my understanding, from consulting with lawyers in many cases involving indecent images of children, that various Appeal Court Judgements affect the use of evidence in these cases:

Making and Possession of Files in Temporary Internet Files or Cache

I rarely see evidence to suggest that people are aware of the existence of the cache and the files that are stored there. Few people would be able to locate the cache and view its content.

It is my understanding that the Atkins judgement requires knowledge and that few people could be convicted of possessing or of making images that are found in the cache (often the Temporary Internet Files folder).

Making and Possession of Thumbnails and Pictures Created Automatically

There are many software programs that can display the pictures stored in a folder. The software creates and displays a gallery of small pictures on a computer screen. The gallery might show a dozen or more small pictures that have been created automatically by the software to be displayed in the gallery. These small pictures are often referred to as thumbnails.

It is my understanding that the Atkins judgement requires knowledge and that few people could be convicted of possessing or of making images that are thumbnails that have been automatically created by software.

Making Indecent Images by Displaying on a Computer Screen

I have seen cases where the content of the cache has been used as evidence of making an indecent image of a child on the screen of a computer. The Jayson judgement says that making an image on a computer screen is an offence.

The creation times of the files might be seconds apart and would support an argument that the web page was displayed as a result of clicking on an item in the results page.

I have seen cases were indecent images and movies of children are stored in folders and the names of the folders suggest that the folders were created by a user of the computer.

There might be folders on a computer with the names “Pictures” or “My Received Files”. These folders have often been automatically created by software.

The Indictment is amended in more than half of the cases that I see that involve charges related to indecent images of children.

It not unusual for Counts charging possession of indecent images to refer to multiple images including images that are in the Temporary Internet Files or images that were automatically created by software. It is unusual to see evidence to show that the Defendant knew that these files were on the computer. I recommend that the Indictment should be checked by an expert witness to ensure that the Counts do not exaggerate the serious of the offenses by, for example, overstating the number of indecent images.

The Atkins Judgement requires knowledge of “possession” and, typically, an Indictment will need to be amended to files that have been automatically created.

File sharing software allows people to share files on their personal computer with others via the Internet.

The sharing software allows for searching the Internet using search terms. A person might enter the word “Queen” to search for music by the band Queen. It is likely that the list of results from this search would include many files containing Queen songs. The list of results is also likely to include movies and pictures of various monarchs.

The content of a file is not always obvious from the text in the list of search results. The labelling of the files that are available for sharing is not always accurate. It may be, for example, that a file might be labelled as containing one Queen song but actually contains a different Queen song.

I have seen cases were searches for legal material (often legal adult pornography) have resulted in the accidental downloading of indecent images of children.

I have worked a case were the defendant admitted to searching for pornography and to downloading all of the pictures and movies found by the search. A tiny proportion of the downloaded material were indecent images and movies of children. The defendant deleted the indecent material immediately after it was downloaded.

The judge accepted that the defendant had not intended to obtain indecent images of children and had deleted the indecent images at the earliest opportunity and the sentence was a Conditional Discharge. There was no mention of an Offenders Register.

Typically, the report of a police examination of a computer will list all of the indecent images found during the examination.  Usually, the list in the police report will include indecent images that have been deleted.  Most people have never attempted to recover deleted files and do not have the knowledge needed to locate and recover deleted files.

I often see that people have been charged with "possession" of indecent images when the images are deleted files.  I would expect that the Defence would be able to challenge a charge of "possession" of deleted indecent iamges.

I was asked to review the testimony in a Crown Court Trial as part of the preparation for an Appeal.

I examined the transcript of a Trial for the "making" of indecent images of children.  I found that the Trial heard no testimony or other evidence to show that the images were deliberately and knowingly made.  In discussion with the Counsel preparing for the Appeal, we agreed that a computer expert witness instructed by the Defense should have prepared a report and met with the police computer examiner before the Trial.  We also agreed that the meeting between computer experts would probably have reached a list of "points we agree on".  That list would have shown the lack of evidence regarding a deliberate and knowing act and the prosecution would have been dropped before Trial.

It is essential that the details of the evidence are examined. Graham Dilloway is an IT and computer expert witness and is well qualified to examine evidence.